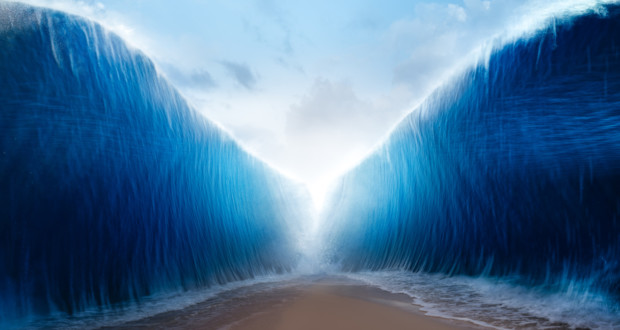 The virtues of fasting the Day of `Āshūra. or the 10th day of Muḥarram are widely known to many, as millions of Muslims all over the world fast this day in the hope that it will atone for their sins for the previous year. As the Prophet (saw) said:

It will expiate the sins of the past year. [1]

In light of this, the story of the Prophet (sall Allāhu ʿalayhi wa sallam)’s interactions with the Jews in Madinah comes to mind, as it is similarly well known and quoted alongside other hādith that they would also fast on this day. Hence the Prophet (sall Allāhu ʿalayhi wa sallam) commanded us to fast an additional day in order to distinguish the Muslims from other religions.

The Messenger of Allāh, peace and blessings be upon him, came to Medina and he found the Jews fasting on the day of Ashura. The Prophet said, “What is this day you are fasting?” They said, “This is a great day in which Allāh saved Moses and his people, and he drowned Pharaoh and his people. Moses fasted on it due to gratitude, so we also fast on it.” The Prophet said, “We have more of a right to Moses and are closer to him than you.” The Prophet fasted the day of Āshūra and he commanded fasting on it.” [2]

However, is this magnificent legacy that we have inherited limited to following a single tradition of his in fasting the day of `Āshūra? Or does our right to Mūsā (ʿalayhi al-Salām) extend beyond such a limited understanding?

If we truly wish to commemorate the vanquishing of Firaun and his army, and the salvation of Mūsā (ʿalayhi al-Salām) and his people, we must remember the background to this glorious day and the events that preceded it. Allāh (subḥānahu wa taʿālā)’s miraculous intervention did not occur in a vacuum but was the pinnacle of a series of interactions between Mūsā (ʿalayhi al-Salām) and Firaun.

In doing so, we can take away at least three powerful characteristics of Mūsā (ʿalayhi al-Salām) that we should strive to implement in our daily lives.

The legacy we have inherited mandates that we make it part of our character to have this type of courage, to speak truth to power, and to not shy away from it out of fear for our personal safety or potential difficulties we may face as a result of doing so. As the Prophet (sall Allāhu ʿalayhi wa sallam) advised us, “the best jihad is a word of truth before a tyrant ruler.” [3]

When we witness injustice and oppression around us, whether from the state and its machinations or from elements within our societies, it is not from the legacy of Mūsā (ʿalayhi al-Salām) to silently condemn it and to simply pray for Allāh (subḥānahu wa taʿālā)’s help.

As believers and inheritors of the legacy of one of the greatest prophets to walk the face of this earth, we must continue this great tradition of speaking truth to power which entails devoting ourselves to the cause and maximizing our efforts and always having a firm, resolute faith that Allāh (subḥānahu wa taʿālā) will give us victory. This is the real legacy of Mūsā (ʿalayhi al-Salām) that we should be striving to replicate in our lives.