They say history is the biography of great men and women. Well, history is also the story of great buildings. This case is rarely more painfully obvious than when it comes to identity of The Hagia Sophia or Aya Sofia (“the Holy Wisdom”).

Church, Mosque, Museum: the Aya Sofia has lived under many guises over the years and each transformation came hand-in-hand with momentous political change. This year, it was no different.

By reverting to the previous designation of Aya Sofia into a mosque, the Turkish courts have set off a firestorm of controversy across the world. It is understandable that faithful Christians would object. The sense of loss they must feel is the same feeling that many Muslims get when they see the Grand Mosque of Cordoba’s conversion into a cathedral. However, what is confusing is that some Muslims are also conflicted – or even downright hostile – to the idea of the Aya Sofia being used as a mosque.

Why are they upset? Is there weight to their feeling that this was an act that was against the laws and spirit of Islam? How true is it that this was pure political theatre?

A summary of the arguments are detailed below as each point reveals a great deal about us as Muslims today and our current mentality:

1. “It should just remain a museum…”
The Aya Sofia IS remaining a museum. The ruling states and the government echoes that it is a mosque and museum but, unfortunately, if you read the headlines you will be given the impression that the museum is being destroyed. This is not the case.

The world is full of buildings with dual functions. The White House is the seat of government and the residence of the President. The Vatican is a museum, a church and the home of the Pope. St Paul’s Cathedral is a tourist attraction as well as functioning church. If Muslims alone were somehow exempt from the ability to combine museum and mosque in one building, then that would be very strange indeed. Yet that is exactly what opponents of the mosque designation are saying.

What opponents for the reversion of the building are arguing for is not for the preservation of the museum – in fact, it will be more accessible than ever by becoming free and open till the late evening – but for the prevention of worship in a building that was built and intended for that very purpose.

2. “It was illegal to turn it into a mosque in the first place…”
A little knowledge is a dangerous thing: many Muslims quote the example of Umar (R) and his treatment of the Church of The Holy Sepulchre in Jerusalem. In fact, this is the number one excuse used by many so-called Muslim intellectuals who lazily have projected their own biases on to our pious predecessors. They say, not without a little pious sanctimony, that Umar (R) exemplified that Islam is not a triumphalist religion and – though he could have converted the church into a mosque – he chose not to.

For most of history, it was common practice that any conquering army gained full ownership of the conquered lands. Islamic law was actually quite progressive in this regard, stipulating that property in surrendered lands would remain with their owners and not the conquerors. It was only if a land was taken without surrender, according to Imam Al Qurtubi amongst others, should their properties be forfeit. Jerusalem surrendered and Damascus surrendered. Constantinople – despite multiple attempts requesting it to do so – did not. Therefore, Islamically and according to the norms of the time, the conversion of the Church into a mosque was legal.

This is highlighted by the case of a district of Constantinople called Psamatya (present day Koca Mustafa Pasha) whose residents surrendered to Muhammad Fatih separately. The area had the highest density of extant churches, since none were touched or taken over.

Some sources say that they have found evidence of the Church being purchased by Muhammad Fatih with his own money. The evidence has yet to be verified by external sources although it is accepted by the Turkish authorities, but even if you withhold it, the established status of the entire complex as a Waqf (Islamic endowment) is definitive. Waqfs cannot be unilaterally taken over or converted to another use.

The reality is that the conversion of the Aya Sofia from mosque to museum was a highly contentious decision taken in a manner that went against the then legal, moral and spiritual standards. It was a state sanctioned action to satisfy a political objective of the hyper-secular post-war Government. This was an injustice and it is not a good look to say that an injustice should be allowed to continue because it has been there for over eight decades. 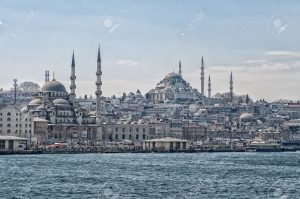 Would anyone think it reasonable if their local mosque was taken over unilaterally by the Government and then, when they ask for it back, they are brushed off by officials saying, “there are lots of mosques in the city and many are half empty: we are keeping this one.” Of course not. So, if it is not good enough for you, why should it be good enough for anyone else? In fact, this was the argument used by the RSS in taking over the Barbari mosque in India.

A mosque is not a property like every other. It is owned by Allah and not something we are allowed to rationalise or barter away. Allah has no need for even one mosque, but that does not mean we should stop building them or start giving them away. To go by the utilitarian argument, then anything that is not in full use by its owner is fair game for someone else to usurp. We would never accept this for our possessions so how can we accept it for something that does not belong to us? 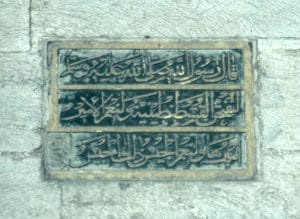 5. “This is all a politically motivated…”

The question is not whether it is a political act to convert the building: it will always have a political dimension. The question is whether you like the politics of someone who was praised by the Prophet ﷺ in a hadith and turned it into a mosque (Muhammad Fatih) or someone who insulted that same Prophet ﷺ as an “immoral Arab” and turned it into a museum (Mustafa Kemal.) 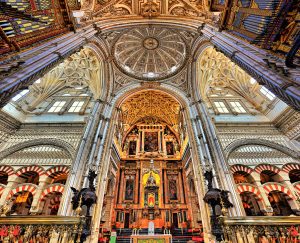 6. “This will hurt the feelings of non-Muslims and make us look bad.”

This is perhaps the only real argument of them all that has any weight to it. All the previous arguments are intellectual (and less than intellectual) smokescreens for the desire to not hurt the feelings of others – especially when we need all the friends we can get. This is understandable given our current geopolitical situation. This is also why you are more likely to find those Muslims living as minorities objecting to the change of status, reflecting their own precarious situations in their respective countries.

However, if looking at it objectively, we see that this argument also has limitations. Muslims are equally if not more hurt at the ethnic cleansing that took place in Andalusia. Does that mean we get the Al-Hambra or the Cordoba Mosque back? What about the Parthenon – since that used to be a mosque – conquered by the same Muhammad Fatih? What about the Kremlin, where St Basil’s Basilica was made from bricks of a Tatar mosque? And can we have the Philippines back while we are all trying to not offend each other?

Making decisions such as these on the highly subjective grounds of causing offence is not only impractical, but untenable. Many expressions of Islamic faith outside a narrow paradigm of what is palatable to specific audiences, can be seen as offensive to some. If we were to make decisions based first and foremost to protect the comfort of others, you would end up with a set of groundless rituals rather than a faith. It is the equivalent of changing your name to Bob instead of Muhammad since you were worried that even Mo was too exotic. Sometimes, the proper practice of our faith and upholding of our cultural and historical traditions will upset others not because what we are doing is deliberately offensive or wrong, but because we have different values and different standards.

What is most upsetting about the change of use for the Aya Sofia is the double standard at play. Athens has not even one mosque whilst Istanbul has hundreds of churches and synagogues: yet the Greeks are calling the Turks intolerant. The Roman Catholics plundered the Aya Sofia of all treasures and took them to St Marks church in Venice (where they still are to this day): yet it is the Pope that says that he is distressed at the Muslims – who preserved the Byzantine inheritance- for turning it into a mosque and Catholic churches calling for a day of mourning.

All the commentators calling for it to not be converted back into a mosque are also correspondingly mute regarding the Granada Cathedral built on site of a mosque, or the Barbri Mosque turned temple in India, or the Al Ahmar Mosque turned into a bar in Palestine.

But this is human nature and they will shoot their shot. Nonetheless, as Muslims, if we are against the reversion of the Aya Sofia to be a mosque again, then we really need to take a long hard look at ourselves. Just as Muhammad Fatih conquered Constantinople, we need to conquer our own ignorance, our own inferiority complex and our own insecurities.