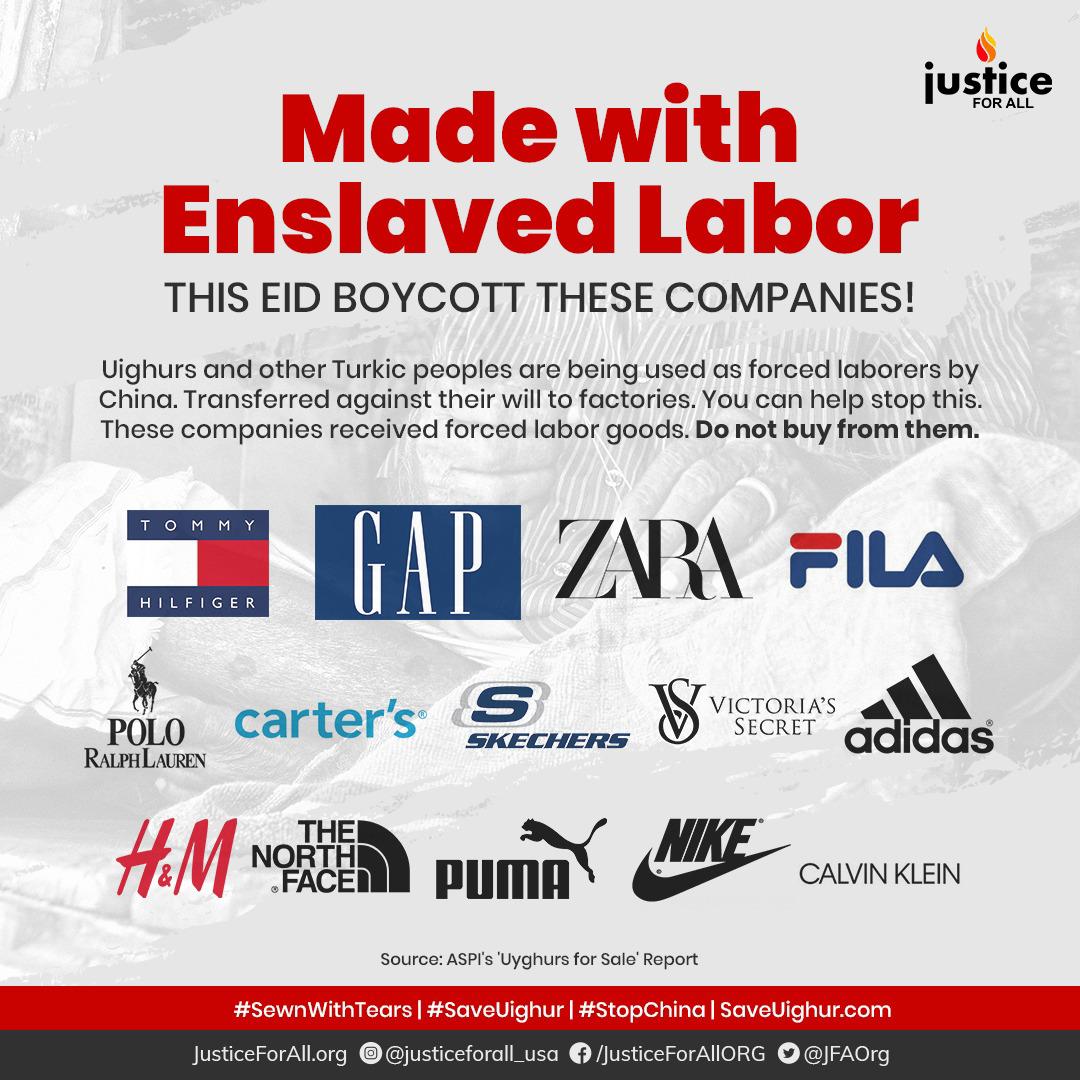 Well, the Muslims of East Turkistan under Chinese occupation had neither Ramadan nor will they have Eid…

Not only that, the Chinese Communist Party (CCP) run government has transferred Uyghurs and other ethnic minority1 citizens from East Turkestan to factories across the country. Under conditions that strongly suggest forced labour, Uyghurs are working in factories that are in the supply chains of at least 83 well-known global brands in the technology, clothing and automotive sectors, including Nike, Gap, Adidas, Ralph Lauren, Carters and others. Read Uyghurs for Sale for more information

Here is what you can do to help them: