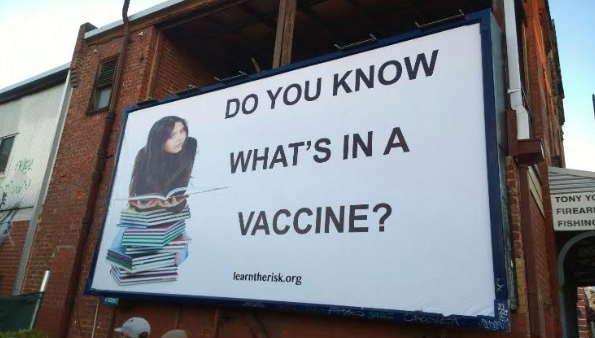 A billboard displaying the question Do you know what’s in a vaccine? has been taken down. The Perth billboard went up on June 13 and a few days later was vandalised and removed.

But in the interim what wonderful publicity even though the cowardly press never asked the question asked on the billboard of the various health officials or politicians who were interviewed.

Incredible really that the journalists didn’t address the question but allowed AMA representative Dr Mark Duncan-Smith to have his say:

I think the billboard is fundamentally disgusting. This isn’t a debate about freedom of speech. This is a debate about vaccination and ant-vaccination…it is effectively a form of child abuse

If the powerless media won’t address the problem then it is up to us to continue to educate the public.

What is in a vaccine? 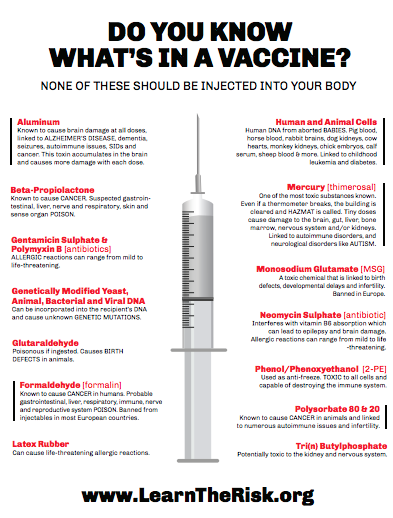 What is wrong with our media? Why is there censorship around the…