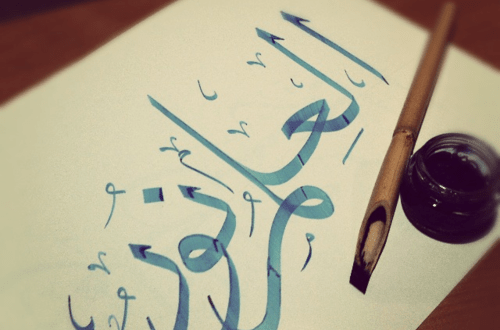 Knowledge is for practice

There currently seems to be a widespread notion that: knowledge is for propagation, instead of practise. Therefore as soon as we come across a useful piece of information we immediately think of forwarding it instead of first planning to implement it in our lives!

“No person’s feet will be allowed to move on the day of Qiyamah until he answers the following questions:

How he spent his life,
How he spent his youth
How he earned his wealth and where did he spend it
How much did he practice on the knowledge he acquired.”
(Sunan Tirmidhi, Hadith: 2416-2417. Imam Tirmidhi (rahimahullah) has classified the second narration as sound and authentic –hasanun sahih-)

Inspiration from the past

Our Predecessors were always more concerned about their practise (‘amal) than they were about information.

“Whenever you hear of an act of good (in the Hadith) practice upon it, you will be counted among the people of that deed.” (Tadribur Rawi, vol.4 Pg.547)

“I have practiced upon every Hadith that I have written.” (ibid. See one such example of his practice in Fathul Bari, hadith: 1184)

Note: Only his ‘Musnad’, consists of approximately thirty thousand Hadiths which is much less than the amount he actually acquired in his entire life!…

Imagine how far one would progress if he were to implement the above!

In his opening passage he writes: “…knowledge is the tree and practice is the fruit. One who doesn’t practice on what he knows is not considered an ‘Alim.

…Never be satisfied with practice that is void of knowledge, or knowledge that is not followed by practice. Join both even if you end up with a little of each (a bit of knowledge and a bit of practice).

There is nothing worse than an ‘Alim (scholar) who has been abandoned by the people because of his evil practice, and a jahil (non ‘Alim/ ignorant) whose ways have been adopted by the people due to his ‘ibadah (practice).

Sahl Ibn Muzahim (rahimahullah) says: “Although the ignorant one will not be excused for his ignorance, but the one who knows and didn’t practice will receive a worse punishment.”

One wise person said: “I prefer to leave out something due to ignorance instead of knowingly abandoning it.”

Hasan Basri (rahimahullah) says: “At one time, when people would acquire knowledge we would immediately see the effect of it in their manners and on their tongues, eyes and hands.”

Imam Sufyan Thawri (rahimahullah) said: “Acquire Hadith, memorise and practice upon it. Only once you’ve implemented it in your life should you pass it on.”

In our case, it would be: Practice (or at least intend to do so) before you forward, share or re-tweet any piece of knowledge.

This will -insha Allah- have a greater effect on the ones we share it with.

May Allah Ta’ala grant us all the full understanding of the above. Amin.